High-spec Custom made PC for Ho 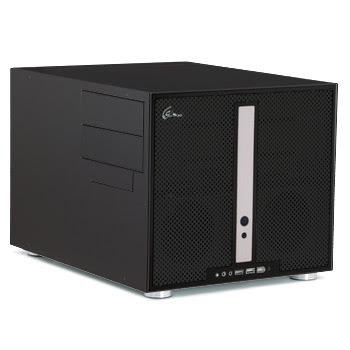 It was a mistake to buy the mac mini to separate video and audio releasing the macbookpro from some weight.
Graphics are worse and there is no hope. Networking them and communicating with OSC was straightforward in blender´s python code though.

I hope to bring this machine to Mexico if it arrives on time. I bought the components online and need to install linux. Total weight estimated is about 10 kilos and the size is not too large.

My aim was to combine processing speed with fast graphic card, small case and low noise so, my aim was a contradiction in its own... but I managed to get a good compromise.

It has an extra PCI slot (the old one), where I could plug the MOTU 2048 I got from Sam Ash Music shop in New York last year.
Posted by Ricardo Climent