* Paul Bourke:
It seems like the guru for the algorith and information related to general dome/fisheye content is Paul Bourke. This includes a recent implementation for Blender 2.49. His website offeres most key information one needs to find about it. > Here

above a test in dome game mode before correction.

* Planetariums:
After the planetarium visit in Texas, I thought again about the possibility to perform Ho in a dome-theatre environment. I think it is a different approach to other projects with navigators using interfaces, mostly designed for art gallery installations. The planetarium seems to me as a much more focused sonic environment and the balance between sound and visuals is really up to the composer to decide. It resembles more the architecture of our MANTIS concerts back in UK. I recently took my daughter to the Planetarium here in Berlin, just near our studio in Prenzlauer berg. We saw a kids' programme about the stars, ecology etc and it was fun (for her). I thought Planetariums and 3D cinemas have not being widely accessible yet to experimental arts and as a research and artistic tool, perhaps because technologies to produce films and VR have never been too affordable. Most cylinders (films) are produced for a reduce number of topics: Astronomy, Mythology, Earth Science and Biological science. Recently for the release of some 3D movies and concert experiences and Virtual Reality. Having said that, in Berlin they programme electro-acoustic / electronic concerts from time to time, but without taking real advantage of the dome and the technology behind it. In the late nineties, I had a concert at the Planetario in Rio de Janeiro (with Adam Melvin playing saxophone) and apart from a few shinny starts, we did not take the space much to hour advantage. 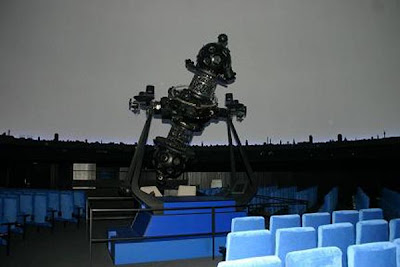 A photo of the planetarium in Prenzlauer berg

Two aspects here to investigate:
* Geometry correction for cylindrical displays: The upcoming release for blender's game engine (version 2.49) -current stable version for blender is 2.48, as in May 09), seems to have an option for rendering using geometry correction for cylindrical displays. This will be a step forward towards projecting into planetarium-type domes my project, however there are other open source versions available too.
The new blender release will incorporate three modes of rendering for domes, as announced in the blender wiki: [1]
[1] http://wiki.blender.org/index.php/Dev:Source/GameEngine/2.49/Fisheye_Dome_Camera 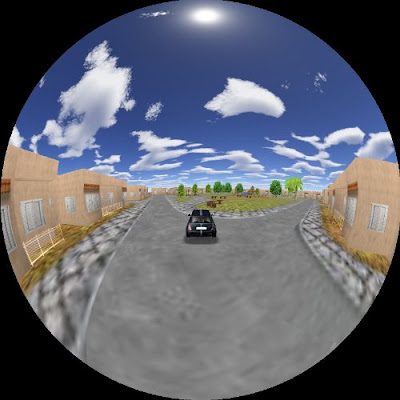 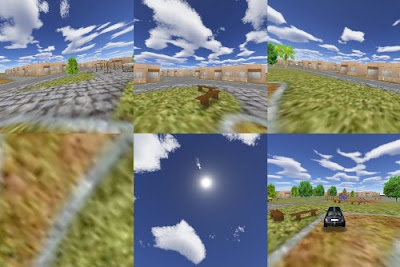 Below a mesh wrap up method different from above. 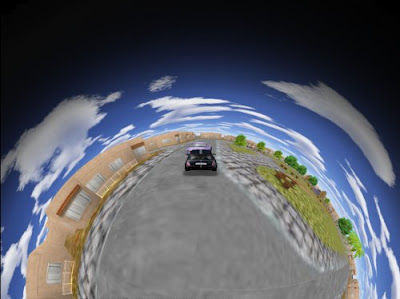 * Building a home-made dome: one of the problems of this idea is having a home theater available for testing purpose. Something like a small scale multicaedrome dome superstructure before going to a planetarium and acquiring the right projector/projectors. More to investigate! 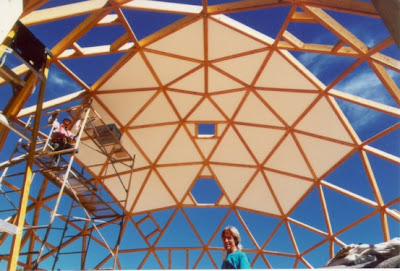 Pictured above, a 38.5 foot diameter dome in Santa Fe, New Mexico, USA was built by Tom Stangland and Belinda Trujillo with help from friends. It is actually a full house.

Some providers are of domes are MMI Corporation; Astro-Tec of Canal Fulton, Ohio; The Digital STARLAB (an inflatable planetarium!) 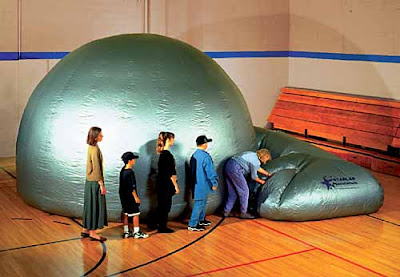 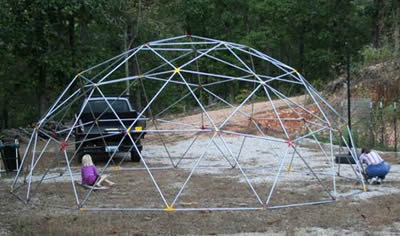 For single users and testing purposes, a simpler option would be to order a buid a jdome projector screen but they do not seem to be available as yet. 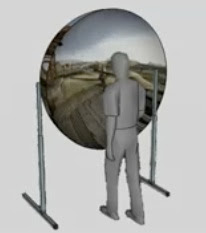